WFAA’s Dale Hansen joined the Dan Patrick Show on Thursday to discuss his comments on Greg Hardy. Here are some highlights from the interview. END_OF_DOCUMENT_TOKEN_TO_BE_REPLACED

Pat Summerall died Tuesday. He was 82.

That’s how Summerall, almost a decade ago, said he would craft the first sentences of his obituary — short and to the point.

The legendary sports broadcaster died in his hospital room at Zale Lipshy University Hospital, where he was recovering from surgery for a broken hip, a family friend said. 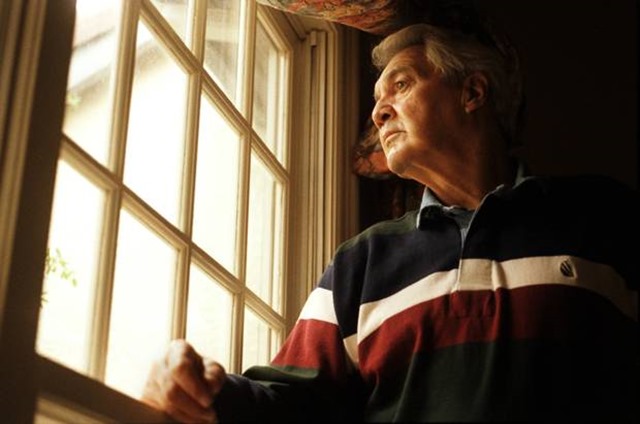 Summerall’s comment about his obituary was made at his Southlake home after a 2004 liver transplant that saved his life. He was serious.

His minimalist staccato style coupled with a deep, authoritative voice was his trademark as the pre-eminent NFL voice for a generation of television viewers.

END_OF_DOCUMENT_TOKEN_TO_BE_REPLACED

STOP THE MADNESS: Not another Sunday night game! Cowboys-Saints could be flexed by NFL

The NFL is thinking about flexing the Dallas Cowboys INTO another Sunday Night Football game.

The Cowboys currently have one more NBC Sunday night game on the schedule,, Dec. 2 when the Philadelphia Eagles visit. That would be their fourth prime time game this season. The NFL allows six.

The fifth could come Sunday Dec. 23 when the New Orleans Saints come to Cowboys Stadium. Currently penciled in for NBC that night is the disappointing San Diego Chargers at the horrible New York Jets. The NFL and NBC would like to get out of that mess.

I know the Cowboys and Saints are both 4-5 but they have upsides. The Cowboys have a four winnable games coming and the Saints have Drew Brees who can carry a team. Not saying it’s a lock but it’s a definite maybe.

Cowboys-Buccaneers earned a 28.5 rating in Dallas-Fort Worth, making it the lowest rated, non-Christmas-day regular-season Sunday afternoon game of the last two seasons. The 28.5 on KDFW (Channel 4) translates into 737,580 homes.

EDITORS RANT: Someday, Dallas area fans may discover the “12th Man” concept. Traditionally, the crowds at Dallas Cowboy games are among the quietest in the league. Pathetic. The Dallas Cowboys are taken for granted, in many cases. NFL fans in other major markets would LOVE to have the ‘boys in their backyard! I’d like to see people filling the seats that are willing to actually stand up and raise their voices! It’s not a ‘who’s who’ or a corporate board room … it’s a GAME!

Other teams view Cowboys Stadium as THEIR home turf! Doesn’t that bother you?

“He was one the greatest storytellers of our time – not just in sports but in any part of the American society. I have often said that they only throw ticker tape parades for war heroes, astronauts and people that win games or championships – sports figures – because they are larger than life. Someone has to take these accomplishments, these people and make them larger than life. Someone had to take a moment and turn it into a [legendary moment] and that is what Steve Sabol did for the NFL better then everyone … 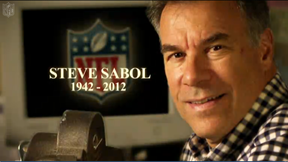 “On a personal basis, he inspired me to put the biggest digital board right down the middle of the field because we wanted to, in a way, share the theater of stage with our fans. We wanted [fans] to come inside the huddle, instead of a face that is a foot high, we can put it right in the middle of the field as it is going on and put it 70 feet high. That style was Steve’s style and influence. He will be missed but he will always be remembered because of his great contributions to what we do every day and that is show the great nuances of our game.”