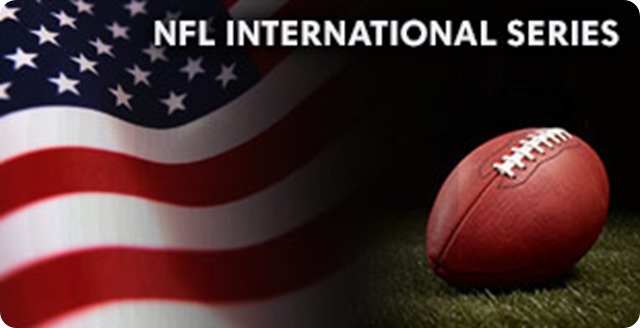 LONDON — The NFL has announced the dates of its three regular-season games in London next year, with the Dallas Cowboys playing the Jacksonville Jaguars in Week 10 on Nov. 9.

The first game will be played in Week 4 on Sept. 28, with the Oakland Raiders facing the Miami Dolphins.

A month later, in Week 8, the Atlanta Falcons will play the Detroit Lions on Oct. 26.

All the games will be played at Wembley Stadium.

The teams and matchups had been previously announced. The Raiders, Falcons and Jaguars are the designated home teams.

The NFL has been playing regular-season games at Wembley since 2007.

There were two games in London this year, with Minnesota beating Pittsburgh 34-27 on Sept. 29 and San Francisco defeating Jacksonville 42-10 on Oct. 27.

UPDATE APRIL 9, 2014: The NFL released this year’s preseason schedule, with many specific dates still to be determined. None of the Cowboys’ preseason games this year are scheduled to be nationally televised.

LONDON — NFL Commissioner Roger Goodell says the NFL’s overseas success doesn’t mean the Super Bowl is crossing the Atlantic or that the league is going back to continental Europe.

Goodell said the expansion from two to three NFL regular season games starting next season has the league exploring how to continue growing its International Series brand. More games could come to London, which will need a franchise before it can even dream of hosting the Super Bowl. And that is some time away. 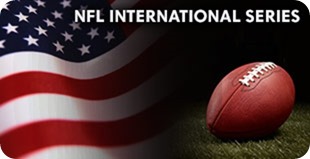 “We don’t have a timetable for (a London franchise). We want to continue building interest, and if it continues to go well we believe a franchise could be here. The Super Bowl won’t be played anywhere where we don’t have a franchise,” Goodell said on Saturday.

“Right now, our focus is on the U.K. since the European fans can get here. We want to build on our success here, and whether it leads to a permanent franchise or not, then we can see. What happens here will dictate that.”

Goodell said demand from NFL teams to play in London was more than it could handle, and that a game could be held in Sunday prime-time hours next year. Monday and Thursday night games in London have been ruled out, as has holding preseason games or the Pro Bowl overseas.

Photo: The San Francisco 49ers have arrived in London to take on the Jacksonville Jaguars in the second game of the 2013International Series.

Goodell applauded the Jacksonville Jaguars for embracing the International Series, with the Florida-based team signed up to play four regular season “home” games at Wembley Stadium over four years. The first is on Sunday against the San Francisco 49ers.

The enthusiasm of overseas NFL fans was palpable inside the Grand Ballroom of the Landmark Hotel, with a scattering of NFL team jerseys in the audience featuring names such as Brady, Kaepernick, Bettis and even Tebow.

But it was Montana who won fans over when asked what he would do if appointed NFL commissioner for a day.