Dallas Cowboys coach Jason Garrett speaks to the media as his team begins their preparations for opening night with the New York Giants at AT&T Stadium. Garrett discussed:

Spread the word about The Boys Are Back blog! Please use the SHARE buttons below! 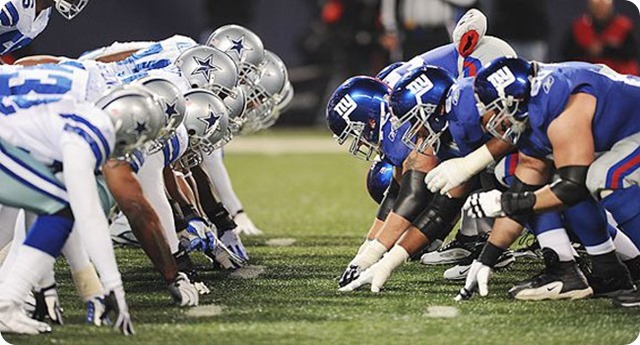 As many people no doubt saw on Saturday night, the Giants lost safety Stevie Brown for the season during their loss to the New York Jets. Brown made a textbook interception of an awful pass thrown by rookie quarterback Geno Smith, and he tore his ACL while being tackled on the return.

It’s a devastating blow, especially as the Giants were so close to wrapping up their final test of the preseason. However, since the loss of Brown, the team has received several bits of good news in anticipation of the opener against the Dallas Cowboys in 13 days.

Safety Antrel Rolle and cornerback Corey Webster are slated to return to the field this week ahead of New York’s preseason finale against New England. It’s pretty crucial timing, as the Giants were set to take the field without three of their starting four defensive backs.

Rolle rolled his ankle – no pun intended — several weeks ago, but he has been adamant he would be fit for the start of the regular season. Webster has been battling groin and MCL injuries for most of training camp, but Giants coach Tom Coughlin told reporters on Sunday he would return this week, as well.

Perhaps the bigger news coming out of New Jersey on Monday is that injured defensive end Jason Pierre-Paul, whose return from back surgery has dominated Giants training camp headlines, was activated from Physically Unable to Perform list Monday.

Pierre-Paul doubtless has plenty of work to do before he’d be cleared to line up against the Cowboys on Sept. 8, but with 13 days to spare, he can now begin that process.

It’s a bit of the opposite scenario for the Cowboys. Starting cornerback Morris Claiborne returned to practice on Monday, which further solidifies his confidence that he’ll be good to go for the opener. With any luck, the Cowboys just might have four healthy starters in the secondary to start the year.

On the other hand, defensive end Anthony Spencer and defensive tackle Jay Ratliff – particularly Ratliff – don’t look like the locks for Week 1 action that they once were. Neither player has returned to practice, but Spencer said last week he has not yet started running on his convalescing knee.

Dallas Cowboys owner/general manager Jerry Jones has typically been steadfast in his belief that Ratliff would be ready for the Giants game. But Jones didn’t sound so sure when asked about it on Saturday night after the Bengals game.

It’s not quite September yet, so there’s still time for more developments for both teams. But the window of recovery time is closing rapidly.

With Organized Team Activities kicking off today for the next three weeks, I thought I would take a few moments to give you some of my thoughts:

Today, kicks off the first of three OTA’s scheduled by the Dallas Cowboys …

For more information about upcoming calendar events, click on the button below:

HOLD YOUR HORSES: The 2013-2014 NFL schedule has not been finalized

The NFL usually releases the official regular-season schedule in the week prior to the NFL draft, but that will not be the case this year.

“The schedule is not finalized, and no release date has been determined,” NFL spokesman Greg Aiello said in a statement today (Monday).

If you’re looking for a best guess as to the schedule’s release, April 23 would be it. But that’s just a guess. The schedule also might come out after the draft in another effort to “stretch out” the NFL calendar and keep football high in the headline stacks.

The announcement of this year’s schedule technically hasn’t been postponed because it never officially was set in the first place. This much we know: The Baltimore Ravens will open the season on the road in the NFL’s kickoff game.