OXNARD, CA – On Tuesday, DeMarcus Lawrence was working on his pass-rush moves and finding a way to beat Tyron Smith in a drill.

On Wednesday, he’s heading back to Dallas.

Today (Thursday), he’ll be having surgery to repair a broken bone in his foot.

That’s how quickly things can change for an NFL player, especially one like Lawrence whom the Dallas Cowboys have high hopes for. He was supposed to be one of the players that could fill the void of DeMarcus Ware and help a pass rush that struggled mightily in 2013.

Now, the Cowboys will have to wait anywhere from 2-3 months before getting some contribution from their second-round pick. Getting Lawrence also required a third-round pick in a trade to move up for the 34th spot.

“He’ll have to go back to Dallas and have surgery on it,” said head coach Jason Garrett, who confirmed the 8-12 week timetable. “He was off to a good start in camp. There’s still a lot of football left in the season after 8-12 weeks.”

Lawrence will likely have surgery, recover from the procedure a few days and then should be able to return to Oxnard to be with his teammates, coaches and medical staff before the team breaks camp on Aug. 15.

Garrett said the Cowboys are still working on moving guys around to fill in for Lawrence’s injury.

“None of these things with our depth chart are etched in stone,” Garrett said. “He was working with the second unit. We’ll just move guys around.”

One of those guys will be Kyle Wilber, who has been playing SAM linebacker. He’ll likely rotate into the defense on pass-rushing downs.  Look for Tyrone Crawford to have a bigger role in the defensive line rotation as well.

OXNARD, CA – The reality that DeMarcus Lawrence won’t be ready to go for at least eight weeks has set in.

Disappointment about the loss still lingers, but the focus now shifts to figuring out which players will shift around and replace the Dallas Cowboys second-round pick, who’s dealing with a foot fracture.

“It’s tough, but we just move on right now,” Rod Marinelli said. “We’ve got to get him healthy, get him ready to go again, but we’ve got some young guys that can really step up for us. We’ve got some movement, and (Kyle) Wilber can obviously help us on our third down. We’ll just kind of keep rotating these guys and developing them.”

It was around this time last year that George Selvie came from free agency to the Dallas Cowboys and eventually worked his way into a starting defensive lineman for the team. It’s possible the Cowboys add someone in free agency to fill Lawrence’s spot, but they’ve got some options already on the roster.

As Marinelli mentioned, playing Wilber – who’s currently the first-team strong side linebacker – as a nickel rusher at right defensive end is one of those options.

“I feel good about him because he trained as an end,” Marinelli said. “Usually you don’t like that as much because of timing and so many other things that are involved. But he’s got some good stuff, and he’s smart enough to play a little dual role for himself.”

Head coach Jason Garrett said Wilber’s ability to rush the passer on third down in addition to performing his roles at linebacker and on special teams make him a very valuable commodity for the Cowboys.

But he’s not the guy who’s been lining up at right defensive end with the first-team, and neither was Lawrence.

Those starting reps have been going to veteran Jeremy Mincey, who’s gone against Tyron Smith more in individual and team drills than any other defensive end. Mincey could end up being the answer at that spot on early downs, and Marinelli said Mincey’s also capable of bumping inside.

The defensive coordinator likes what he’s seen early in camp from the journeyman defensive lineman, who’s spent time with five teams since getting drafted in 2006 and had an eight-sack season back in 2011.

In addition, Garrett said Mincey seems to have an “infectious way about him,” and he emits a certain passion and spirit that demonstrate his love for playing. Garrett also added the Cowboys have had their eye on Mincey and tried to sign him at different points throughout his career. They were able to get that done this offseason.

“When you bring a guy in like that, who’s got some skins on the wall, who’s been around good teams, good players, has been a good player himself, that can be a real positive influence on a unit that’s fairly young,” Garrett said. “He practices as hard as anybody we’ve got on this team. He’s always going 100 miles an hour and always asking me what he can do better to help our football team. He’s just a real positive influence.”

Another option at right defensive end, who was taking reps behind Lawrence, is Martez Wilson. He’s still working through the process of switching over from linebacker, and because of his background in the league, the 2011 third-round pick isn’t the typical defensive end.

At 260 pounds, he’s 20 pounds lighter than Mincey, but his 4.5 40 speed gives him traits that make him unique for the right reasons, and Marinelli can see the potential.

“Wilson has some speed on the edge,” Marinelli said. “We’ve just got to keep him going. And the young player (Dartwan) Bush just keeps jumping out, just keeps showing up.”

Another possibility is looking at Tyrone Crawford, who’s typically played the left end spot when bumping outside to end, although that move may be more of a last resort. After the injury to Lawrence, though, a lot of players are in the mix to get chances at right end.

Whoever ends up filling the spot, or whatever medley of players end up taking those snaps, the right defensive end will need to be counted on for a while with Lawrence expected to miss eight to 12 weeks with the injury.

Marinelli said working on a player’s development is what he really enjoys about coaching, so it’s a disappointing loss not to be able to do that with the rookie. In addition, Garrett said he doesn’t think the rookie end will be thrown back in immediately after his foot heals, because Lawrence will need time to get acclimated to playing at the NFL level.

On the bright side, both Marinelli and Garrett said Lawrence is in good spirits and has the right mindset with his rehab. Lawrence told Garrett on Tuesday night after finding out the results that if he’s supposed to be out eight to 12 weeks, he’ll make it eight.

Until then, the Dallas Cowboys will continue perusing all options, from rookies to veterans to free agent possibilities.

“None of these things we’re doing with our depth chart are etched in stone by any means,” Garrett said. “He had been working with the second unit. We have a number of defensive linemen, a lot of defensive ends in the mix right now. We’ll just move guys around.”

Question from: DERRICK BRAZIL | PITTSBURGH, PA | With DeMarcus Lawrence’s foot injury sidelining him for at least eight weeks, how huge of a setback is it, and who’s the “next man up”?

Rowan: It’s huge. This is the time for rookies to get adjusted to playing at the enhanced speed against bigger players on a regular basis. It’s when they get their bodies ready for a level of football they’ve never seen. Lawrence has only gone through a week of football at camp, so who knows when he’s healthy again how long it’ll take after that for him to be ready to be a difference-maker. As for who steps up, the Dallas Cowboys really need Jeremy Mincey to be a good edge rusher. He’s been taking the majority of first team reps against Tyron Smith as is. I’m also interested to see if Martez Wilson can take advantage of more reps.

David: There’s no denying it’s a pretty big setback. The hope was Lawrence would be a big part of this rotation – if not an outright starter – and now he’s gone for what looks like the first month of the season or more. We’ve talked a lot about Tyrone Crawford shifting between defensive end and defensive tackle, but my guess is he’ll need to focus a lot more on rushing from the outside going forward. It could be a huge boost if Jeremy Mincey can up his game a notch or two from where he’s been in recent seasons. 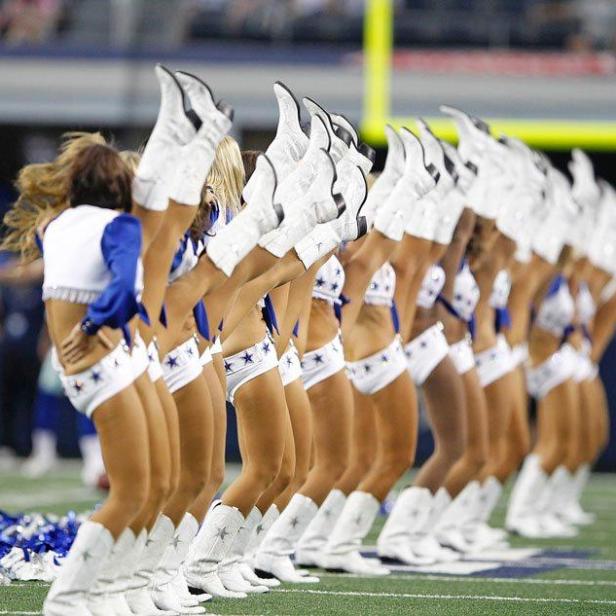