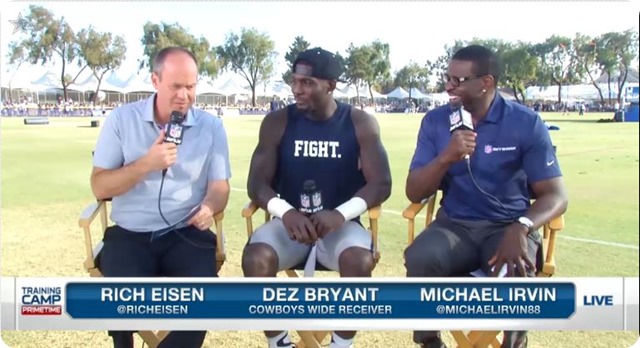 Dez Bryant: “Walk around like a Champion” | 8:07 | Dallas Cowboys wide receiver Dez Bryant chats with Rich Eisen and Michael Irvin about his strong desire to win in the 2014-2015 season under the new offense. (Watch Video | No Audio)

Jerry on drafting Manziel “It was that close” | 8:00 | Jerry Jones sits down with Michael Irvin and Rich Eisen to discuss the upcoming 2014-2015 NFL season and how the Dallas Cowboys nearly drafted Johnny Manziel last May. (Watch Video | No Audio)

Dez Bryant: Contract will take care of itself | 4:39 | Dallas Cowboys wide receiver Dez Bryant meets with the media after a recent morning practice to talk about his expectations for the wide receiver group heading into camp. (Video | Audio)

RELATED: Dez Bryant continues to rise as a player and a young team leader

OXNARD, CA – By almost any measure, whether it’s his gaudy statistics, his rapidly-approaching payday or even his Madden rating, Dez Bryant is considered one of the league’s top receivers.

END_OF_DOCUMENT_TOKEN_TO_BE_REPLACED

2014 COWBOYS CAMP COVERAGE: The Boys Are Back in pads | Claiborne and Williams tempers flair | Cross-Training in the trenches 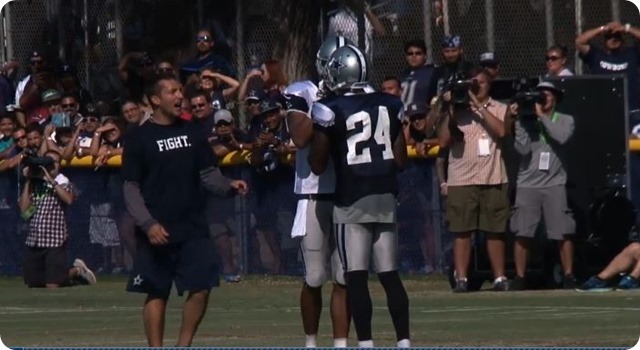 Training Camp 1-on-1 Drills: Tempers flare between Claiborne & Williams | 12:33 | Day 1 of Dallas Cowboys in full pads, which brought out some heated battles between receivers vs. defensive backs. (Watch Video)

BEFORE THE FACT: Dallas Cowboys prepare for first padded practice of camp | 1:00 | Listen to what some of the Dallas Cowboys players had to say about preparing to put the pads on for the first time on Saturday afternoon. (Watch | Listen)