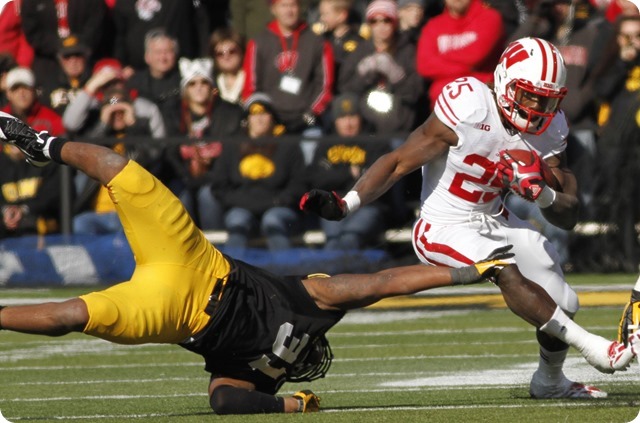 IRVING, Texas – Last Monday and Tuesday, Anthony Hitchens had to take final exams in sociology, earth science and sports promotion at the University of Iowa.

The first two days of the Dallas Cowboys rookie minicamp have been a more difficult test.

“It’s just starting out, so of course it’s supposed to be,” the fourth-round draft pick said.

Hitchens (31) moved to inside linebacker after playing on the weak side at Iowa (pictured above), where he led the Hawkeyes in tackles his last two seasons. He now has to call the defenses, call the checks and communicate with the entire group.