It’s been five days since the Dallas Cowboys chose to pass on Johnny Manziel and draft Notre Dame offensive lineman Zack Martin, but it’s still a topic among Cowboys fans.

“We just felt like at the end of the day, as talented as he was, and we had him high on our board in the first round, but we have a quarterback, a great one, in place in Tony Romo,” Jones said. “We had enough confidence to guarantee him almost $50 million on an almost $20 million extension. And that extension starts this year. We really made the ultimate decision, Jerry [Jones] did, that it was in our best interest to put players around Tony to make him even better and give him a shot to go win a Super Bowl, which is what everybody’s goal is in this organization. We certainly felt like we did that in Zack Martin.”

Jones views Manziel as an immediate starter in the NFL, adding that he doesn’t think the Heisman Trophy winner has the patients that Green Bay’s Aaron Rodgers displayed, sitting behind Brett Favre for three years before becoming the Packers’ full-time starter.

Jones compared passing on Manziel to the 1998 draft when the Cowboys passed on Randy Moss. Nineteen other teams also passed on the seven-time Pro Bowl wide receiver, but the Cowboys are the team that’s remembered most.

“I’m sure Johnny Manziel is going to have a great career,” Jones said. “We wish him nothing but the best, but there’s no doubt in my mind, we made the very best decision we could for the Cowboys in terms of what is going to help us get to a Super Bowl the soonest.”

RELATED: Tony Romo ‘ready to take the next big step’ 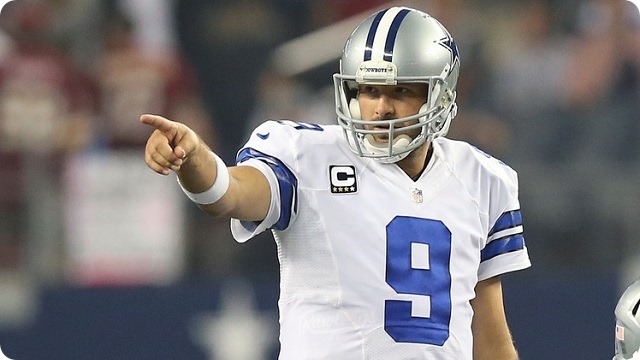 Tony Romo has been throwing at Valley Ranch during voluntary workouts. He’s also on schedule to take part in organized team activities this month.

During the conference call with season ticket holders (see below), Dallas Cowboys chief operating officer Stephen Jones said he’s confident that Romo will be fully healed by the start of the season.

“He’s actually progressing great,” Jones said. “He’s on schedule, if not ahead of schedule. He’s throwing the ball around. We think he not only will he be ready for opening week, he’ll start up at training camp and be ready to go.

“He’s obviously a tremendous competitor and in our mind, he kept us in it all season long with a defense that was obviously depleted with injuries, and he had us playing to win the NFC East in the last game of the year. Had he been playing in that game, I think that game may have gone a different direction. We’re certainly fired up about him.”

“We got a great quarterback in Tony Romo, who I think is ready to take the next big step,” Jones said. “Get him hot and get us in the playoffs and anything can happen.” 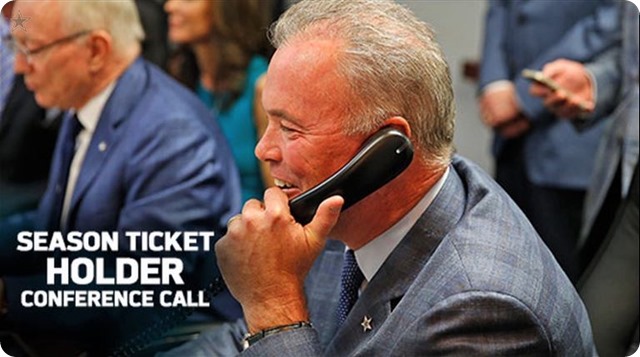 Season Ticket Holders Conference Call with VP Stephen Jones | 57:49 | Every year Dallas Cowboys season ticket holders get the opportunity to join in on a conference call with a Cowboys coach or executive. Listen in as they had a chance to sit down with Cowboys VP/COO/Director of Player Personnel Stephen Jones just shortly after the Dallas Cowboys 2014 NFL Draft.