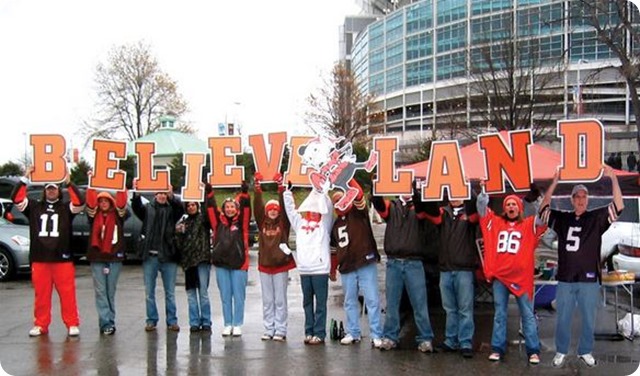 IRVING, Texas — Growing up in nearby Oklahoma City, Brandon Weeden was a fan of the Dallas Cowboys. He remembers sitting at his grandparents’ house watching Thanksgiving games with Emmitt Smith running all over the place.

Now Weeden is a Dallas Cowboy, having signed a two-year deal with the team this week after his release from the Cleveland Browns.

“This is the best thing for me,” Weeden said. “I’ve talked to several coaches I’ve had and players I’ve been fortunate to play with and they all agree this is what I needed — a fresh start, change of scenery. I think this is exactly what I needed now. When you’re a rookie first-round pick, the expectation is that you play right away, be the guy. I think in Cleveland it was a tough situation. I wasn’t able to go in and play as I needed to. I know that. Now I can learn from two great quarterbacks and a good offensive staff and try to become better.”

Weeden will work behind Tony Romo and Kyle Orton (provided he continues to play in 2014) and work with Jason Garrett, Scott Linehan, and Wade Wilson. 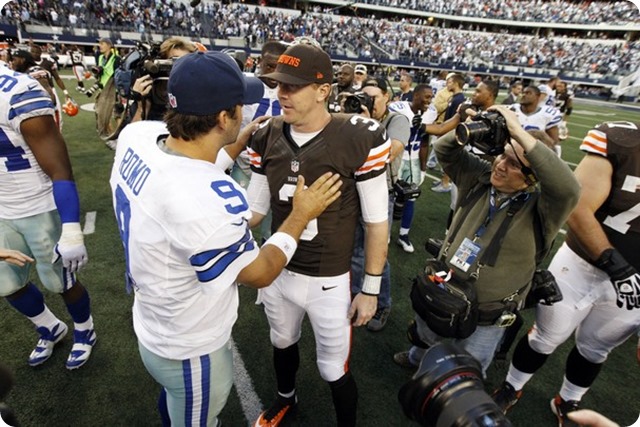 He went 5-15 in two years as a starter with the Browns and had 23 touchdown passes and 26 interceptions.

“I don’t want to be negative on Cleveland,” Weeden said. “I think my rookie year we were a very young football team. I think we had six or seven rookies starting on the offensive side of the ball and we just kind of had our ups and downs. Several things went into it but I don’t want to get too much into it. I think worrying about myself is the main thing. I wasn’t consistent enough. At times I played well, at times I made mistakes that were crucial. At this level in this league you can’t do that. You’ve got to be smart and take care of the ball and that wasn’t the case for me at times.”

Weeden comes to the Dallas Cowboys with no pressure. 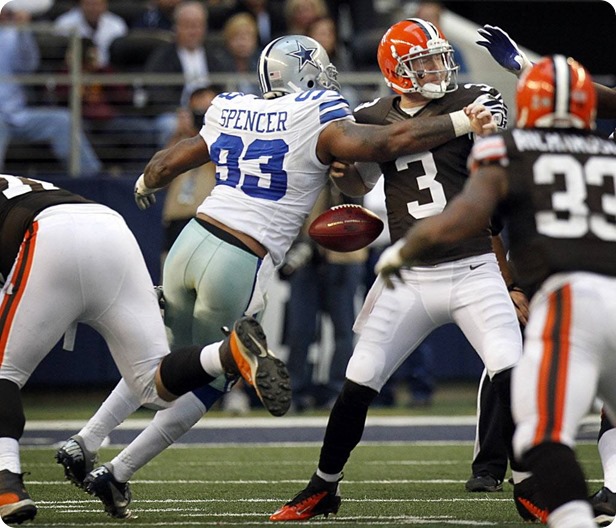 The Cowboys liked him coming into the 2012 draft, which is something Garrett mentioned to Weeden when they spoke during his visit to Valley Ranch. He is not the typical third-year pro because of his age but he does not view himself as a 30-year-old quarterback either.

“I’ve been battling that since the draft and all that,” said Weeden, who spent five years playing professional baseball. “The number is a little bit misconceived. I’ve played really four years of football so it’s not like I’ve taken a beating the last 10 years as if I’ve been in the league eight, nine, 10 years. I’ve got a lot to learn a lot of growing and a lot of football ahead of me. I think the better times are ahead of me. It was a good learning experience from Cleveland.”

Editors note: For our loyal fans that also support the AFC’s Cleveland Browns … check out this site to become a citizen of BelieveLand.