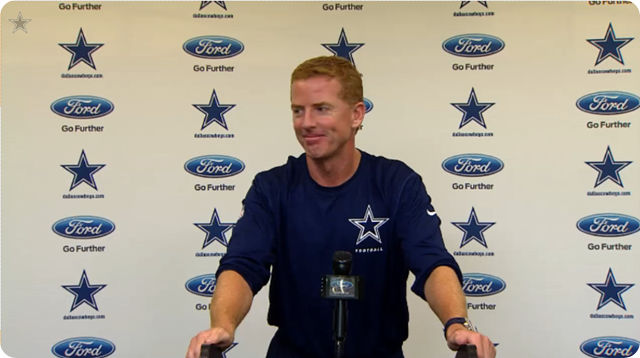 Dallas Cowboys head coach Jason Garrett speaks to the media after having a chance to review the tape of Dallas Cowboys vs. Chicago Bears game (Watch Video | Play Audio)