IRVING, Texas – The Dallas Cowboys picked up a much-needed win on Thursday, but it seems like it comes with a price.

Today, the Cowboys learned running back Lance Dunbar, who had a career-high 82 rushing yards in Thursday’s win over the Raiders, will likely be out for the season with a knee injury.

Dunbar is expected to undergo surgery on his left knee. The official injury diagnosis is a posterior lateral corner (Posterolateral Corner) that needs to be repaired.

The loss is a big setback considering how much of a spark Dunbar gave the Dallas Cowboys in their 31-24 Thanksgiving Day win over the Oakland Raiders. While DeMarco Murray found the end zone three times on the ground, it was Dunbar who gave the Cowboys’ offense a much-needed jolt.

Dunbar had 12 carries for 82 yards, including a 45-yard run that set up a touchdown.

But late in the fourth quarter, with the Cowboys trying to grind out the clock, Dunbar was hit in the backfield by a blitzing Raiders cornerback. The second-year running back from North Texas went down immediately holding his left knee. He eventually got up and gingerly walked off the field.

After the game, both owner Jerry Jones and head coach Jason Garrett described it as a hyper-extended left knee. Dunbar said he expected to be “all right” and sounded optimistic for his chances of playing in the next game against Chicago on Dec. 9.

However, today’s MRI revealed more than just a hyper-extension.

Without Dunbar, the Cowboys will likely call on either rookie Joseph Randle or Phillip Tanner to rotate with Murray.

Before Thursday’s game, Dunbar hadn’t received more than five carries in a game this year. He had three carries for 20 yards the week before in New York and figured to have an increased role in the offense.

That carried over into Thursday’s game, where Dunbar also had a reception for 12 yards.

This injury is just the latest setback for Dunbar, who has had untimely injuries this year. He suffered a foot injury in preseason that sidelined him for Week 1 against the Giants. When he came back in Week 2, he lost a fumble against the Chiefs, which likely kept him from getting extended carries and touches in the later weeks.

He suffered a hamstring injury the week before the Redskins game, where Murray also got hurt. So instead of getting his chance to start with Murray out, Dunbar also sat out the same two games.

But that gave Randle a chance to play, which is something he’ll likely be asked to do more in the final month of the season now.

DALLAS COWBOYS UNIFORMS: Everything ever wanted to know … and more! (UPDATED) 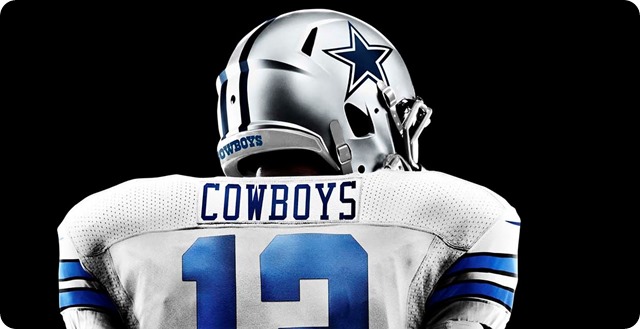 A popular page on The Boys Are Back website was revised today. Complete with new pictures and updated information. Enjoy!

To check it out, click on the page titled ‘Dallas Cowboys Uniforms” or on the button below: 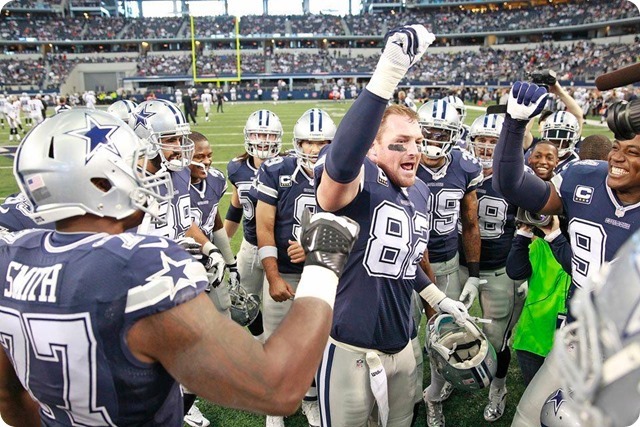 ARLINGTON, Texas – The roof was closed, but Tony Romo was still under the weather in Thursday’s win.

Romo still managed to put together an efficient day despite battling a virus and getting an IV before the game, going 23-of-32 for 225 yards and a touchdown without throwing a pick.

“Just whatever it is, a bug, some shape or form,” Romo said. “You know, you just kind of feel down, but it’s no different than guys playing through pain or anything. It’s just part of football.”

The virus began Wednesday night and Romo woke up feeling sick on the morning of the game. Head coach Jason Garrett said Romo had thrown up and didn’t look great physically before the Thanksgiving Day matchup began.

After a slow start, throwing for 55 yards without a touchdown in the first quarter and throwing for no yards in the second quarter until the two-minute mark, Romo got it going late in the first half. The Cowboys orchestrated an eight-play, 73-yard touchdown drive in 1:46. 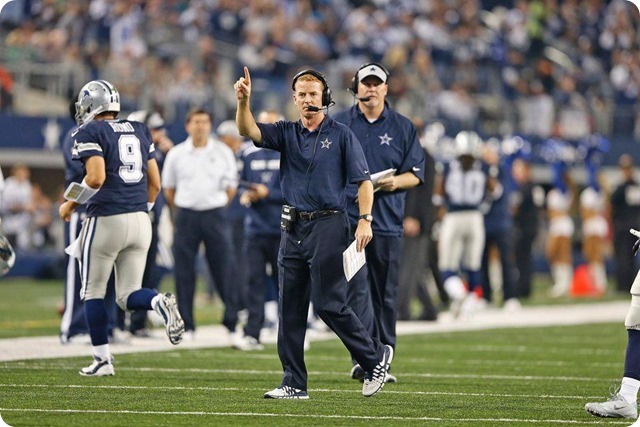 “He’s already a beast, then that beast times two comes out,” said Dez Bryant, who finished as the team’s leading receiver in the game. “That’s exactly what he showed. Whenever he’s doing things like that, like I said, it just boosts everyone in this locker room.”

Then Romo carried that to the second half, when he was a perfect 12-for-12. It’s the third time in his career that he’s completed all of his second-half passes and the first since December 2012 against the Eagles.

“We talked about the great Joe Montana story in the Cotton Bowl,” Garrett said. “We didn’t actually get him the chicken soup, but we tried to get a little drama going so maybe he would respond to it. I think as much as anything else, when he got going out there he started feeling good, particularly in that drive before the half, and I think it carried into the second half.”

Romo downplayed the significance of the virus come game time. He said he took “a bunch of stuff” from the doctors but that it was no big deal. He said with a smile that he’d try to go eat something after the Thanksgiving game.

“This is the NFL,” Romo said. “You play through everything. Guys play through a lot worse, I can promise you that.” 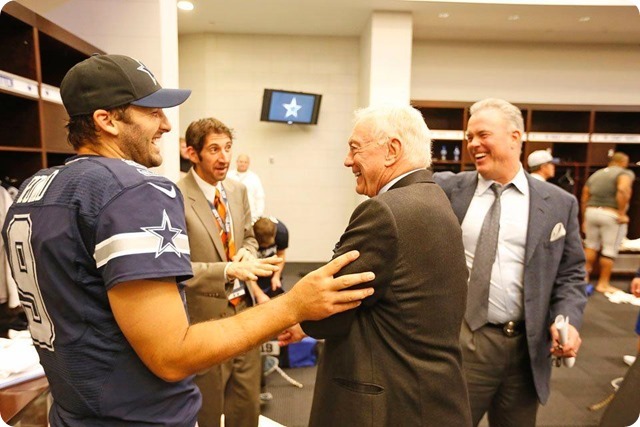 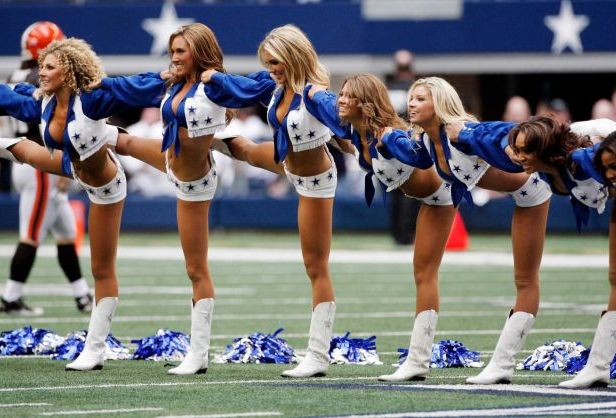