As we sit just a few short days from the opening of training camp in Oxnard, on top of the depth chart for the safety position are the names of Barry Church and the veteran Will Allen. The names that are below those of Danny McCray, Matt Johnson, J.J. Wilcox and Jakar Hamilton.

It’s not a group at this point that would make you forget the names of the greats that have played here before but it’s a group that has a great deal of potential. 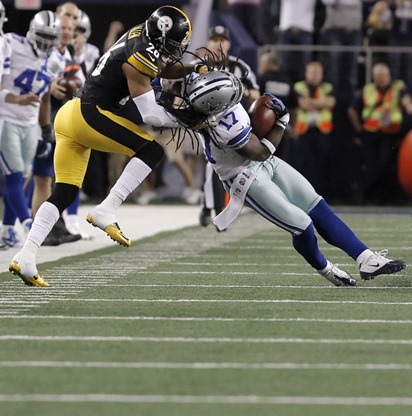 This coaching staff has the upmost respect for Allen and his body of work through the years which is why you see him a top this depth chart. I studied Allen myself in games last season for the Steelers when he made some injury starts against Cowboys’ division foes, New York, Philadelphia and Washington and he was more than solid. His play was steady and sure. Where Allen has an advantage over the others is in his experience which is a nice trait to have.

Over the past season, despite the fact that he was dealing with an injury, I still had a great deal of faith in Matt Johnson and what he could bring to this squad and I still believe that but the player that has drawn my most interest, is J.J. Wilcox.

When I first observed him on tape at Georgia Southern, I was shocked that he had only played the position for one season. He didn’t play like a small college player. You could see in his awareness and passion for the position and that he was a natural. When you watched him play, you saw a player that loves the game. A player that was not afraid or scared to mix it up when called on.

Where there were some concerns in my view was how much coverage that he actually played and would his movement skills translate in order to function in this scheme. There are times where the safety is asked to take the middle of the field and react to the sideline to help the corner.

In OTA’s and minicamp practices, you could see that he understood his responsibilities. He was capable of playing with range. One of the first things you notice about his game, is that he is always around the football run or pass. There were times in the practices where he was playing in the short middle of the field and he was able to read and adjust to the routes not only to knock balls down but secure interceptions as well. 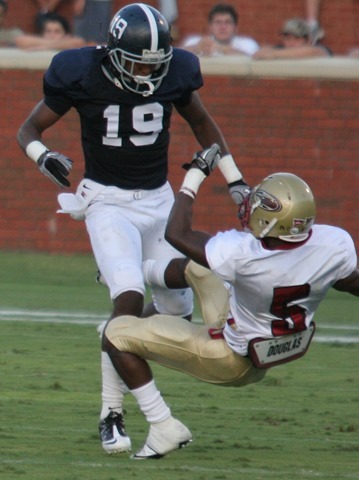 Wilcox doesn’t play like a guy that lacks experience for the position. I can only recall one time in the several practices where Jerome Henderson had to correct him on the angle that he took to the ball. With Wilcox, you didn’t see the mental busts and mistakes or confusion that goes with a rookie safety. The mental side of the game is where I thought he might struggle the most because when they put on the pads that will not be an issue at all. He is more than willing to light up a ball carrier when given the opportunity.

I thought it was an outstanding move by this front office to go out and try to protect itself by signing Will Allen but there are some talented players behind him which is a good thing depth wise but the one that might be the most talented is J.J. Wilcox. I do not see J.J. Wilcox waiting around to play in this defense. He has already picked up things very easily that I thought he would have struggled with and that is a positive sign.

It is right that the coaches have put Allen in the spot that he is on the depth chart because of his experience but the more that we see Wilcox practice and the more opportunities that he gets, it will be harder for these coaches not to line him up next to Barry Church much more sooner than later.