The Pro Bowl will go on this year, but NFL Commissioner Roger Goodell has made no secret of the fact that the all-star game may not continue in future years.

So what would a Pro Bowl-less NFL calendar look like? According to NFL.com’s Albert Breer, one possibility would be replacing the game with a college all-star game.

Breer writes that the AFC and NFC’s all-star team could be recognized at the NFL Honors award show on the Saturday before the Super Bowl, with the college players hitting the field after.

"That game would likely be an existing college event, most likely the Senior Bowl, which would be moved to be part of the NFL calendar, with the thought that it could kick off draft season and highlight prospects on a bigger stage, though the league would certainly be careful about NCAA rules entanglements," Breer writes.

The concept would be to mix today’s stars with future stars. Breer’s well-researched piece has comments from NFL executive vice president of business ventures Eric Grubman, who sounds like he doesn’t see a traditional Pro Bowl in the future.

"If I had to guess, five or 10 years from now, there would be a celebration of the best NFL players, the best performances, a focus on records and achievements, and less of a focus on the field," Grubman said.

Players may not love the idea because they make money for the Pro Bowl, although their contract incentives for making the team would still make sense as long as an all-star team was announced.

"I don’t know why everybody’s bitching and complaining," Washington Redskins cornerback DeAngelo Hall said. "I’m sure they generate enough revenue not to want to shut it down, so I don’t know why there’s complaining about the quality of the game. It’s not the Super Bowl; it’s not a playoff game. It’s an all-star game. We need to remember that. It’s an all-star game. We go out there to have fun."

That argument no longer carries much weight because the quality of the game is so low. Instead, we might get a game full of college players with a whole lot more on the line than just having fun.

Speaking on Sirius XM’s "Town Hall with Roger Goodell" on Monday in New York, NFL Commissioner Roger Goodell indicated he was "leaning" toward eliminating the game before players stepped in last offseason. That isn’t a huge shock considering the tenor of Goodell’s words after last season’s game. He repeatedly said the game wasn’t up to NFL standards.

Goodell indicated the game needs to improve or it still could get the axe.

"The players asked if they could take another crack at it to try to work to get the game more competitive," Goodell said. "Obviously, I support that. But if we can’t accomplish that kind of standard, I’m inclined not to play it any more."

It remains unclear exactly what steps the players and the NFL will take to try to improve the game in 2013. If the game continues at the lackluster level for another year, it sure sounds like Goodell won’t hesitate to kill it altogether.

Dozens of players will be recognized tonight (Wednesday) for being among the very best at the highest level of football, with invitations to the Pro Bowl to prove it.

For first-timers, it’s the culmination of a lifetime spent ascending in the sport. For guys going back, it’s an affirmation of the respect they’ve earned from their peers, coaches and fans. For everyone, it seems the game itself — over which there has been much hand-wringing in recent years, as the NFL decides what to do with it — is merely a small part of all that goes along with a selection.

Now, the question: Is that really a problem?

As the NFL considers alterations to the overall structure of its calendar this offseason — shortening the preseason, extending the regular season and expanding the playoffs are expected to be part of those talks — the Pro Bowl’s future will again be on the line.

And while the viewing public largely sees the game as falling embarrassingly short of NFL-quality, the Pro Bowl is hardly a failure on all levels. Last season’s Pro Bowl drew a 7.1 television rating, which beat six of the seven games of the NBA’s Eastern Conference Finals between the Boston Celtics and Miami Heat as well as an Elite Eight NCAA hoops game between powerhouses Kansas and North Carolina. It also easily outdistanced the ratings garnered by all the other major sports’ all-star games. Plus, as DeAngelo Hall recently said, the players enjoy the experience.

From the league’s perspective, there are four primary pros and four primary cons, which build off the same points.

» Pro: Fans like the idea of an all-star game.

» Con: Fans like all-star games because they want to see elite skills on display; that’s not what they see at the Pro Bowl.

» Pro: The league gets an extra week of television programming.

» Con: For the true football fan, the action that programming provides is basically unwatchable.

» Pro: Sponsors have liked the game.

» Con: They’re starting to see the ratings as hollow, because of the quality of game, which has brought sharp criticism they’re hesitant to want to be associated with.

» Con: The players like it because it’s a vacation, and they treat it as such.

One league source said the players have been given the opportunity to keep the game going as it is, and make it a better product that’s closer to NFL quality. Commissioner Roger Goodell solicited opinions from union leaders and veterans across the NFL; the feedback was that players like the Pro Bowl experience, but mainly because they enjoy the social aspects.

For the league, the concern is the branding damage a subpar game can do.

"It’s tough to view it as ‘working’ now," said Eric Grubman, the NFL’s executive vice president of business ventures. "What works about it is there’s recognition of great players, the players enjoy it, the fans enjoy it, and it gives people an opportunity to focus on football for a week when there wouldn’t be anything. … What’s not working is the players, for their own reasons, have not put on a true NFL quality game. We understand their logic, but there’s no getting around it — it’s not an NFL game." 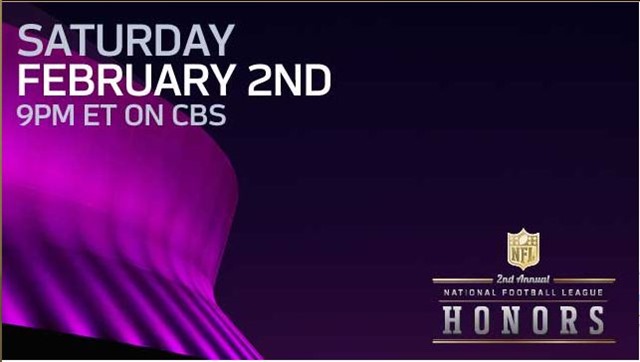 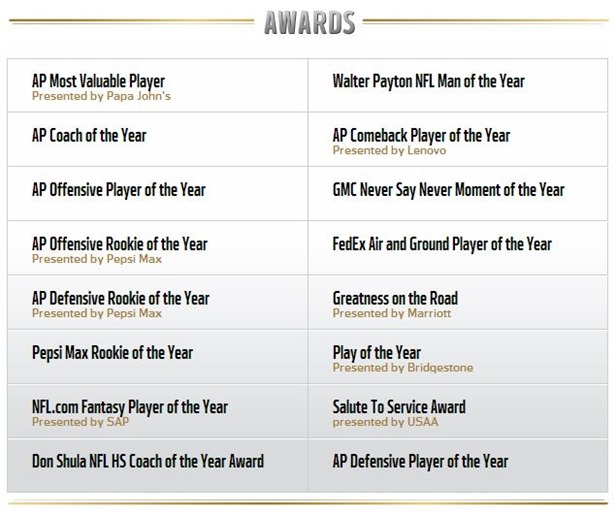 Four years ago, NFL Chief Marketing Officer Mark Waller created the concept of an "NFL Honors" program — an awards show during Super Bowl week — which the league saw as a potential replacement for the Pro Bowl. 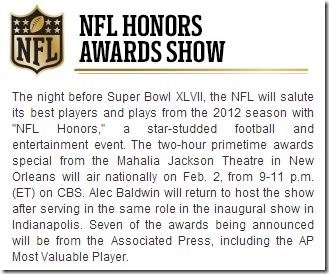 But NFL Network and NBC squabbled over rights; NBC eventually got them, then decided it felt too rushed, and the event was called off. The lockout delayed its resurrection until last February, with NFL Network televising the inaugural NFL Honors show the night before Super Bowl XLVI.

One idea that will be on the table is honoring each conference’s all-star teams at that event, and having a college all-star game afterward — a sort of "Today’s Stars Meet Tomorrow’s Stars" day — to replace the Pro Bowl.

Another idea that could eventually come into play is bringing the game back to the continental U.S. League officials claimed this worked in early 2010, when the game was played the week before Super Bowl XLIV in South Florida, to generate more coverage and allow more fans to feel like they were a part of the sport’s biggest week. But that, of course, doesn’t address the problem of the level of play.

There has been some thought to adding a financial incentive, though it seems no one’s convinced that would work, either. Redskins linebacker London Fletcher, a three-time Pro Bowl player, conceded that "guys always like money," but emphasized that the real issue with making the Pro Bowl competitive is that "you get a franchise quarterback injured in an all-star game, the NFL’s gonna be upset, the owners are gonna be upset."

Grubman added, "If I had to guess, five or 10 years from now, there would be a celebration of the best NFL players, the best performances, a focus on records and achievements, and less of a focus on the field."

Some players would advocate that the league simply recognize the game for what it is — an exhibition that isn’t supposed to represent real NFL action.

As Fletcher pointed out, the rules implicitly say that anyway.

The other side of this: Hall recalls his young son and Drew Brees having a nice moment in Hawaii, and cites Peyton Manning, who never skips out, as a player who embodies the meaning of the event by using it to build camaraderie among competitors.

So the game isn’t played like the Ice Bowl? Well, to the players, that’s OK.

"It’s an all-star game," Hall said. "You’re not trying to beat the (expletive) out of each other. We’ve done enough of that for 16, 17 weeks, and adding in playoffs. We’re going out there to have fun."

In the coming months, we’ll find out if that’s enough to keep this beleaguered event alive.