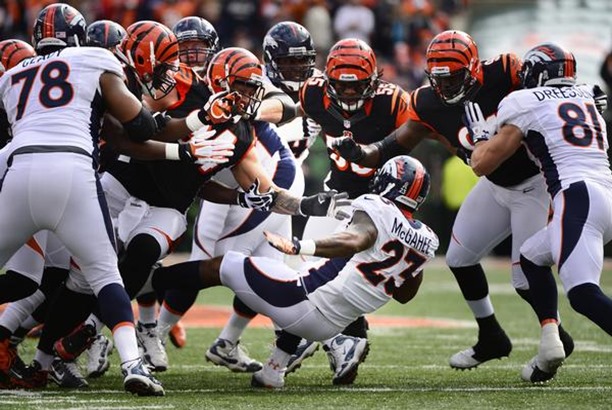 IRVING, Texas – The Giants, Seahawks and Bears are all adept at creating pressure, but none of the teams Dallas has faced this season lead the NFL in sacks.

Dallas Cowboys players and coaches are all aware that honor goes to a Bengals squad they’ll see this weekend that’s averaging 3.25 sacks per game.

“We’ve faced some good fronts,” said head coach Jason Garrett. “There’s no question about that. I think the fronts in our division are awfully good. You know me, I don’t like to compare them too much, but this is an outstanding front.”

Former Cowboys defensive coordinator Mike Zimmer has figured out how to utilize his talent to the fullest in Cincinnati with the Bengals, who lead the league with 39 sacks. The constant pressure on the quarterback has also led to nine interception for the Bengals’ secondary.

“You’ve got to be alert for the pressure,” said tight end Jason Witten, one of the few Cowboys who remembers Zimmer personally from the coordinator’s time in Dallas. “He does a lot of different stuff, brings the safeties, so they do a good job with it. You’ve got to be able to handle it.”

Witten said protection will be vital this week against a defensive group containing four different players with at least four sacks. The tight end knows he might need to stay in more to help protect Tony Romo against the multitude of blitzes Zimmer’s likely to bring.

Even when the Bengals only rush four, they tend to figure out a way to generate pressure.

“There’s no question the emphasis is on protecting it,” Witten said. “We’ve seen what Tony does when he can have time, especially off the edge when they bring those linebackers and safeties. We’re going to have to solidify it.”

Offensive line coach Bill Callahan said the most difficult aspect of the Bengals’ pass rush is its versatility. They pressure quarterbacks in an assortment of ways with players coming from every direction. Zimmer isn’t afraid to blitz members of his secondary or use different personnel groupings and alignments.

“It’s fun to watch these guys play, but the challenge is there for us,” Callahan said. They’ll do it a variety of ways, whether it’s secondary pressure, linebacker pressure, or just generating a rush out of their front four. Having been in New York for four years, we’ve faced them many times. I can tell you that year by year you could see Mike’s defense getting better and better, and the front has really established itself.” 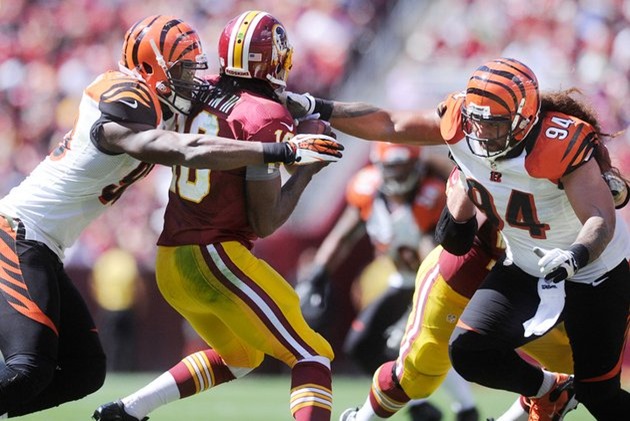 The Bengals feature two players on their defensive line who’ve already set career highs in sacks. Defensive end Michael Johnson and defensive tackle Geno Atkins both find themselves in the top 10 in sacks in the AFC.

“You can see guys like Michael Johnson, who has come into his own, who has gotten bigger, gotten stronger,” Callahan said. “He’s really developed into a premier pass rusher. So just when you think we had the toughest rush in the league in Philadelphia, now we come into Cincinnati and we face a group that’s really well versed, really adept at everything.”

Sacks don’t typically come in bulk from defensive tackles, but Atkins is defying that trend with 9.5 sacks this season, placing him No. 5 in the conference in the category. Callahan said Atkins, a former 2010 fourth-round draft pick from Georgia, can do just about everything a coach could want in a defensive tackle.

Bengals linebacker Rey Maualuga’s the AFC’s seventh-leading tackler, and Atkins opens many of the holes for him to bring down opposing backs.

“He’s one of the rare players in the league that can play with great power and leverage at the point of attack and control the point and keep the guards off the second level and linebackers,” Callahan said of Atkins. “Whenever you can control the guards in our league, those backers are free to run, so Ray Mauluga is making a lot of plays. I’m sure he’s taken him out to dinner quite a few times.” 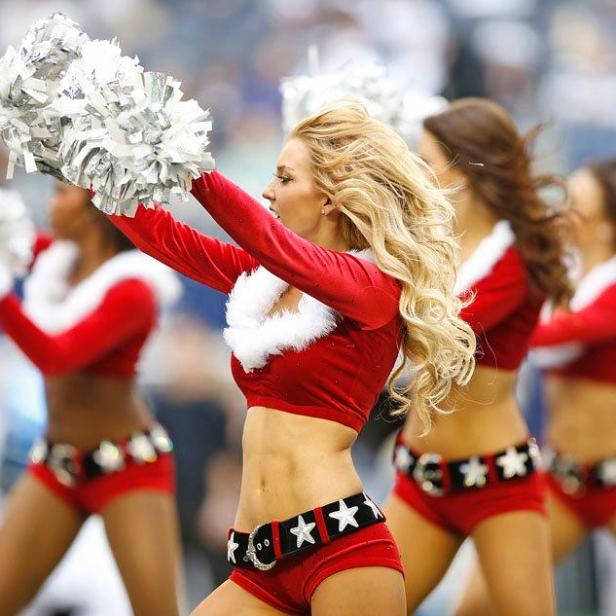