Although 11 defensive players get named as “starters” in a given week, the Dallas Cowboys have had 15 defensive players participate in at least 38 percent of the team’s snaps through Week 4. Here are the top 11. . .

Lee has recorded a tackle on 19.6 percent of his snaps in 2012, which is simply remarkable. In coverage, he has allowed only 5.0 yards-per-attempt.

How high are the standards for Ware that some are arguing he’s having a down year? He’s on pace for 20 sacks. I don’t know about you, but that’s good enough for me.

Carr got beat by Brandon Marshall on Monday night, but don’t panic. He allowed three catches, albeit a few big ones, but he’s still playing really well. On the season, only 42.9 percent of passes Carr’s way have been completed.

We saw Spencer’s value most on Monday night when he wasn’t playing. The player who drops into coverage more often than any 3-4 outside linebacker in the NFL also has a higher pressure rate than Ware this season. As I told you in the preseason, the sacks will come. He’s still on pace for 11.

Quietly, the Cowboys have one of the better inside linebacker duos in the NFL. Carter’s tackle rate of 12.4 percent isn’t at the level of Lee, but it’s still pretty darn good.

Jenkins clearly has something to prove this year. You saw Rob Ryan give Jenkins some snaps at safety last week, and that should continue. It’s difficult to quantify Jenkins’ success since he’s been targeted only three times, but his coverage has been the best I’ve ever seen from him.

Brent has been really, really good against the run. You can see the difference in the push from the defensive line with Brent in the game as compared to Jay Ratliff. I love Ratliff’s tenacity and pass rush, but the Cowboys might be better served if they allow him to utilize it from the five-technique to allow Brent to stay at the nose.

Even though Church is out for the season, I’m putting him on the list because I really liked what I saw in the three games that he played. Opposing quarterbacks tested Church seven times, gaining just 30 total yards. I still think the Cowboys need to find a ball-hawking free safety in the draft, but Church could stick around if he recovers from his Achilles injury.

After three games in which he was barely even tested, Claiborne is finally going through some of the growing pains that rookie cornerbacks invariably experience. Claiborne has allowed 9.0 YPA on the 14 passes thrown his way this year, which isn’t a bad mark. He got schooled by Devin Hester on national television, though, so people will naturally believe he’s playing worse than what is actually the case.

After starting the season with a boom, Hatcher has cooled down over the past two weeks. He has the third-most pressures on the team behind Ware and Spencer, so I think there’s still a good chance he ends the season with five or more sacks.

Crawford hasn’t been able to get a ton of pressure yet, but his tackle rate of 8.9 percent is good for a five-technique end. In comparison, Hatcher’s tackle rate is 6.5 percent. 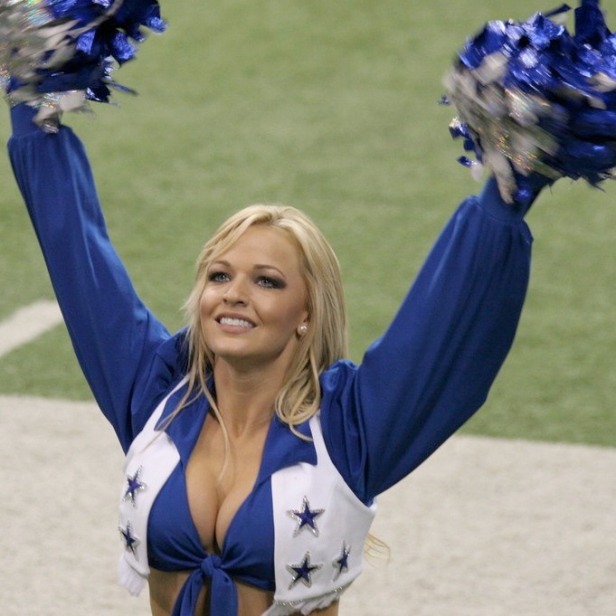