JERRY JONES: Dez Bryant “has been frustrating and he has been elating”

With six catches for 74 yards, including an acrobatic 34-yard touchdown catch in which he leaped over a defender, receiver Dez Bryant arguably had his best game of the season against the Lions.

He was thrown to six times in the game and caught all six.

Owner Jerry Jones has been everything the Cowboys thought he was when they drafted in last season _ a great athlete who was still rough around the edges.

The good thing, according to Jones, is that he is improving and working had to get better.

“He has been frustrating and he has been elating,” Jones said. “And so it’s exactly what we thought when we drafted him right to the T. If we didn’t plan on having a little frustration we should have gone a different direction. No surprises with him. Dez is really doing better each week, relative to what he’s doing on the practice field, and he’s growing as a man off the field.” 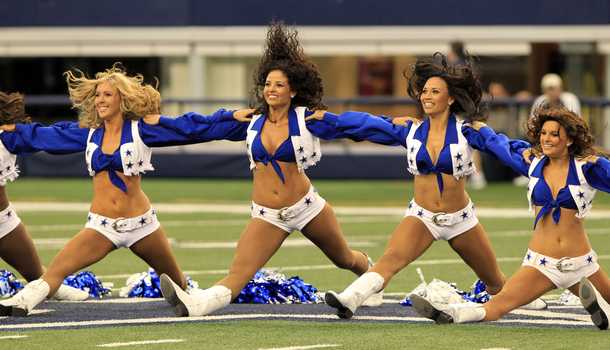